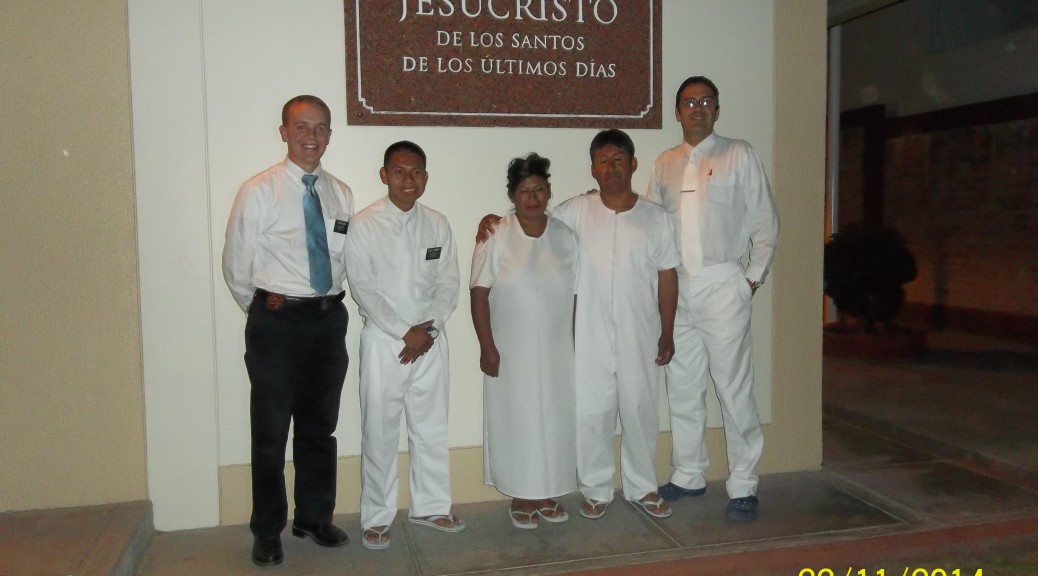 I’ve been
thinking about how things here are different here than how they are in the
States. Somethings have cooler names in Spanish, some have less cool names,
and some are just weird. Examples:
Cooler: ‘Star Wars’ in Spanish is called ‘War of the Galaxies.’ I know Star
Wars is a classic and the name is known by all, but honestly, War of the
Galaxies sounds so much cooler.
Less cool: The 2000 Stripling Warriors are called the 2000 Young Men.
There’s nothing wrong with the name, because they were END_OF_DOCUMENT_TOKEN_TO_BE_REPLACED 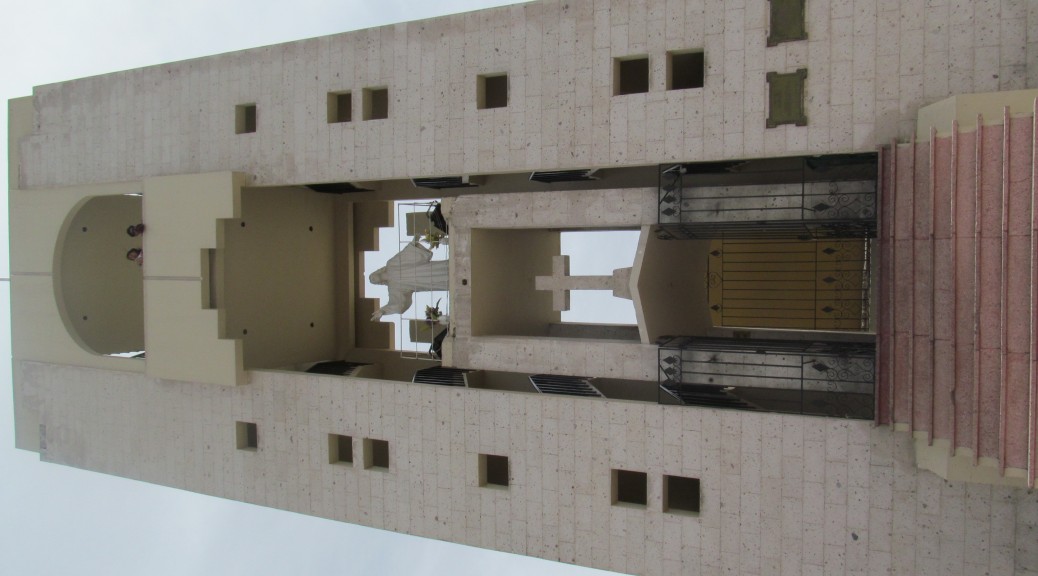 Monday: For P-Day last week, we went to a look out tower and took some
pictures of the area, which you can see below. We also played football, of
course, but this time I actually scored! That was fun.

Tuesday: We also helped one of our investigators gather alfalfa from his
farm this week and fed it to his guinea pigs. He said he has 80 guinea
pigs! I saw a bunch but couldn’t count them, so I wouldn’t be surprised if
he really does have 80. I assume they eat them because END_OF_DOCUMENT_TOKEN_TO_BE_REPLACED

Things here in Peru are progressing! We have 3 baptisms planned for the
22nd of this month and we might have 4 more the same day.

Spanish is coming along great. I can understand most of what is said to me,
and if I don’t understand something, my companion can explain it to me in a
way that I can understand. I am teaching him English, too, so we have tiny
conversations in English.

My companion is super crazy, though. But it’s a funny crazy. He burns
himself on something (usually a pan on END_OF_DOCUMENT_TOKEN_TO_BE_REPLACED

Hi Folks! I am alive and well in Peru!
Just sitting here eating some chicken wings!

On Halloween we went proselyting like normal. There were a lot of kids dressed up and in the streets at night, though. They went from little store to little store instead of from house to house. But it’s kind of the same thing because the little stores are their houses… I got some candy from a member in the ward, and it was good. Some gummi candies and suckers. Apparently candy does exist here. I haven’t seen any pumpkins around here, but I’m glad to see you still have the ping pong table. We played ping pong a lot in the CCM and I got pretty good, if I do say so myself. Hopefully it’s still there in 2 years, and I can finally beat Dad.

Yes, my lavandería is someone other than my pensionista. She is the wife of the second counselor in the bishopric.

My clothes are working fine. They still fit, which means I haven’t gained or lost much weight. They don’t seem to be wearing out at all. I always stay warm and cool, so things are good there, too.

Most days we stay busy with lessons with our recent converts, less actives, and investigators. We never track and don’t often get member referrals, so we just teach those that we have. Our focus is to strengthen the ward and rescue the less actives right now, so we aren’t focusing a ton on referrals and new investigators.

That’s a great thought about the Nephites and Lamanites. Another interesting thought: the Nephites focused on the defensive and protecting themselves and the Lamanites focused on the offensive and attacking others. The Nephites had breastplates, arm-shields, shields for their heads (haha, scripture language. The word is “helmet,” Mormon) and thick clothing. All of these things are for protection. They didn’t want to fight and kill. They wanted to stand strong and live. The Lamanites, however, had swords, cimeters, bows and arrows, stones and slings. All items to inflict pain and weapons of death. They were focused on breaking the 6th Commandment and took no thought to protect themselves. When we are focused on protecting ourselves and defending the standards of the Lord, we will have His help and will win. But when we’re going on the offensive and attacking others, whether verbally, physically, or otherwise, we’re going to fail, especially if the people are followers of Christ.

Things were pretty good this week. Pretty average. I saw a drunk man talking to his beer bottle that was sitting on the wall in front of him. That was funny. We found 2 more investigators this week. Our others are progressing, and we should have at least 4 baptisms this month. The ward is taking a bus to Lima the first week of December to go to the Temple, and there is a possibility that we will get to go and be witnesses for a couple sealings. I finished my first transfer of I think 17 this week! I didn’t get transfered, so I’m working here in Hunter for another 6 weeks. I’ll probably stay longer than that, though, and celebrate Christmas here while training another new missionary. The work continues, and the Church is true!

I’ll try to get a picture of me and Peru at some point.

Here is a picture from one of our taxi rides. Sorry you can’t see very well out of the windows. The cars are pretty normal here, but some are pretty old. And pictures of us working in a field with one of our investigators that is scheduled to be married and baptized on the 22 of November. 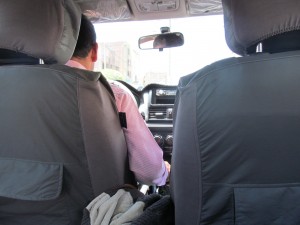 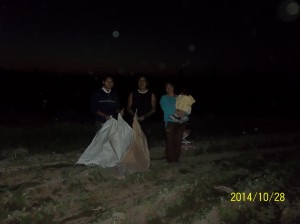 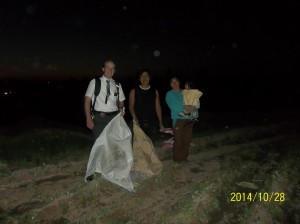